phdemoulin
February 2018 in MAIN
Hi all,
I'm working on a new show for witch i need to send 2 different vidéo streams. For a previous show, I've already work with 2 video streams with a Matrox Dual Head (1 stream to a VP and the second one to a TV on stage). This time I need to send one stream to a VP that is on the ceiling projecting to the floor and a second stream through 3 VP projecting vertically (portrait) on to 3 vertical screens on stage. One third of the image is projected on each screen.
Every thing would be piloted by Millumin on a Macbook pro.
I thought that I could use a dual Head to separate my two video stream and for the second one use a Datapath X4 to divide the image in three (see sketch included).
Do you thing this is possible? or the best way to achieve that.
Thanks for your insights
Philippe 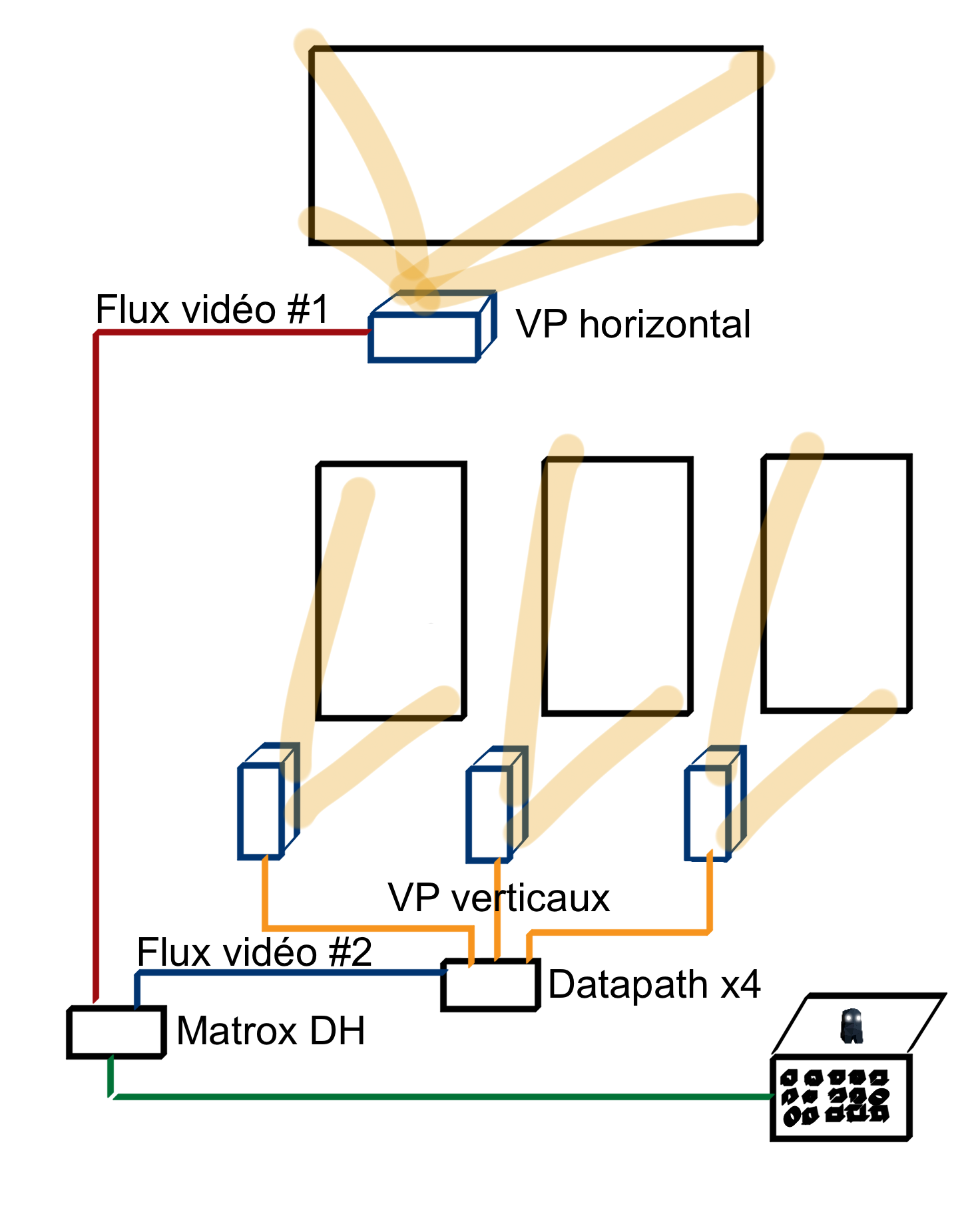